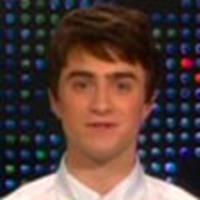 Promoting Harry Potter and the Order of the Phoenix Daniel Radcliffe appeared on the Larry King Live and we have a video of his appearance.

on CNN and on the Late Night with Conan O'Brien

, meanwhile Emma appeared on the Late Show with David Letterman

You can now download video of Dan on Larry King Live (please remember to right-click and save target as...):

Video of the rest of the shows will be uploaded later tonight and added to this news post.

, and please remember to right-click and save target as...(WMV). Thanks Abby.

. You can now also watch

Emma's appearance on the Late Show with David Letterman.

(30 MB, Quicktime). While Emma's appearance on the same can be downloaded here