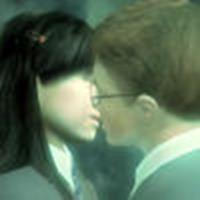 EA Games has provided an exciting first look at their new videogame version of Harry Potter and the Order of the Phoenix. In it, you'll see many of the features we mentioned in our visit to their studios over the last few months.

Notably, the new face scans of the actors breathe life and incredible detail into the characters, whom you can control as you roam freely around Hogwarts, completing tasks and following the plot of the movie.

If you prefer to download the preview -- we highly recommend the high definition one -- use the following QuickTime links (right-click and "Save Target As..."):

The videogame will be released in June, and will be available on the following platforms: PSP, GBA, Nintendo DS, PS2, PC, Xbox 360, PS3 and the Nintendo Wii.

UPDATE: You can see screencaps of the above video here