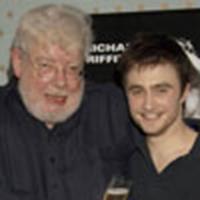 For weeks now we have been letting you know that Harry Potter actors Daniel Radcliffe and Richard Griffiths are starring in Equus on the London stage. The play officially opened tonight and the reviews are starting to appear online as well as images and videos.

Below is a list of current reviews of the play:

UPDATE: You can see video of Dan's appearance on BCC Big Breakfast here

and on GMTV here

You can also see a CNN interview here

, one from Kamera here

and one from ITV here

Images from the VIP press night which occurred tonight can be seen below:

(just do a search for Daniel Radcliffe)

UPDATE II: Thanks to DR.co.uk

you can see the above mentioned images in high resolution here