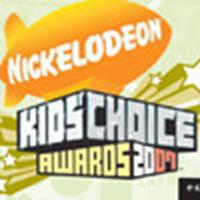 in their "Favorite Book" category.

web site. You will also be able to vote via cell phones and beginning Sunday, March 11th in TEENick with the Kids' Choice Awards nominee a different category will be featured on-air each week, and kids can then cast their vote online via their web site.

The show will air live from Los Angeles on Saturday, March 31, with host Justin Timberlake.