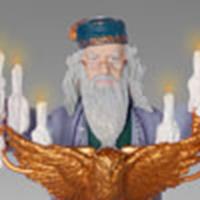 In December we let you know about some new merchandise appearing tied in to the Harry Potter and the Order of the Phoenix movie, now additional items have appeared online, including t-shirts

and a new Dumbledore action figure