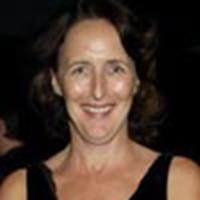 Fiona Shaw to appear in 'Readings' in the U.S.

Fiona Shaw, Aunt Petunia in the Harry Potter movies, will be state side in March. Ms. Shaw will be appearing in Readings

at the Alexander Kasser Theater in Montclair, New Jersey. Tickets are currently on sale and the performance runs from March 8 through the 18th.

Often described as the most fruitful and enduring collaboration in theater today, the English director, Deborah Warner, and the Irish actress, Fiona Shaw, bring their latest creation, Readings, to the intimate Alexander Kasser Theater in an exclusive presentation.

Together and individually, they are recipients of numerous, coveted stage awards and nominations such the Olivier Awards, Evening Standard Awards, Tony Nominations, OBIEs, Drama Desk Awards. Both are conferees of Commanders of The British Empire.

Readings is no less a tour de force theatrical experience than a voluble unpacking of a perfect union between a world-class performer and insightful theatrical director.

Thanks to John for the tip.