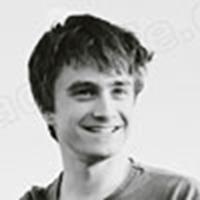 have received a new photo and letter from Harry Potter star Daniel Radcliffe, in which he asks fans instead of sending him presents to make a donation to Demelza House – the Children’s Hospice

He also mentions his enjoyment working on the latest film:

It has been a very exciting year for me. I had a great time making Order of the Phoenix and working again with Gary OIdman, and for the first time Imelda Staunton, was simply fantastic. David Yates was an inspired director who I would walk on hot coals to work with again.

This year's picture was taken by Emma Hardy who took his photo for the exhibition at the National Portrait Gallery:

You can see the photo and letter on both sites.