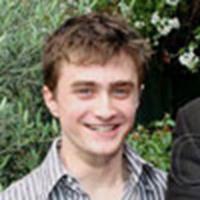 with Harry Potter actor Daniel Radcliffe, Dan comments on acting, fame, friendship, music, dating and why he chose to do Equus as his stage debut next year. He also discusses working with Rupert and Emma.

Newsweek: You've been playing Harry for six years now. Are you still enjoying it?

Daniel: This film has been the most fun I've had, definitely, partly because of Imelda Staunton [who plays Harry's nemesis, Professor Dolores Umbridge], and partly because of David Yates, our wonderful director, who I have had absolutely the time of my life working with. He pushes me farther and more often than I ever have been before. This is not being detrimental to any of the previous directors because I wouldn't have been able to do this before, but David has caught me at just the right moment.

Newsweek: Your character in Equus is a far cry from Harry. It's a very adult role. You even have a nude scene. Do you feel you want to shake off Harry a bit?

Daniel: I don't want to shake him off, no. Part of me wants to shake up people's perception of me, just shove me in a blender. If I'd gone into the theater and done something light and fluffy, everyone would have just gone, "Oh, that's not particularly challenging. It doesn't prove anything." But this is really challenging play, and if I can pull it off - we don't know if I can yet - I hope people will actually stop and think, "Maybe he can do something other than Harry." Also, it's just a pretty fabulous play.

You can read an additional article here

which is just a recap of the Q&A article with a quote from producer David Heymen.

Thanks to Andrew for the link.