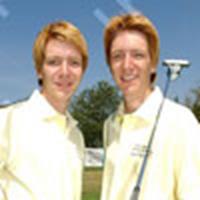 With filming for Harry Potter and the Order of the Phoenix wrapping up shortly, actors Jamie Waylett (Crabbe) and James and Oliver Phelps (Weasley twins) will be attending this years Collectormania

The fan event will take place November 18th through the 19th at the G-Mex Centre in Manchester and more information should be released shortly on their web site.

Thanks to Mark for the tip.