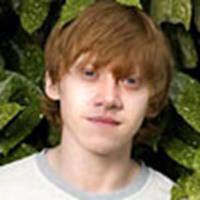 , opening in limited release on October 13th here in the U.S., an interview

with the actor will be published in tomorrow’s edition of Parade magazine (available with certain newspapers).

In the interview Rupert discusses briefly cars, his birthday and his friendship with Daniel Radcliffe. You can see several new pictures of Rupert here

and RupertGrint.net for a scan

UPDATE: The article can now be viewed on the Parade

web site which includes an Q&A section with Rupert that didn't appear in the magazine.