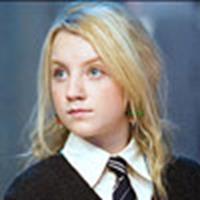 To add to the batch of pictures from Harry Potter and the Order of the Phoenix that we previewed yesterday, another one featuring Evanna Lynch, Luna Lovegood, has also appeared