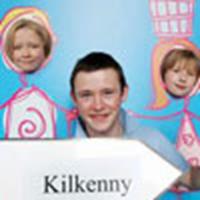 campaign. The campaign hopes to raise €100,000 ($128,172), with funds going directly to support UNICEF programs to bring safe water to children caught up in emergency situations.

Devon, who is from Kildare, launched this year's campaign at a children's party and said:

UNICEF Ireland want children right across the country to get involved in this year's 'Kids Helping Kids' campaign. There are lots of ways to have fun and raise money for UNICEF's safe water programmes for children at the same time.

Please join this year's campaign - it's a great event that everyone can easily participate in!