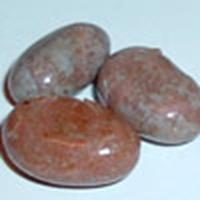 Some new flavors of Bertie Bott's Every Flavor beans have recently been reviewed and in a word can only be described as 'disgusting.' The two new flavors, pickle and sausage, will replace some 'normal' flavors currently available in a pack.

Sausage was another story. My sister and I popped one in our mouths at the same time and we spit it out at almost the same time - after maybe two chews. DISGUSTING. It almost made me gag and my sister actually did gag. Sausage was way nastier than any other gross flavored jellybeans I have tried - even worse than vomit. It didn't taste like sausage it just tasted NASTY.

review of Harry Potter Blood Pops has also been added:

The flavor is, well, a bit odd. It vaguely reminds me of strawberry, but that's not quite it. To be honest I'm not sure what it tastes like (hopefully it's not actually blood-flavored). It wasn't the best flavor in the world, but it wasn't the worst either.