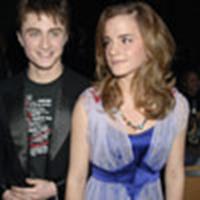 them. Emma received eight A*s and two As in the GCSEs, while Dan received three A’s for his AS-levels.

by his publicist to “be over the moon” with his results.