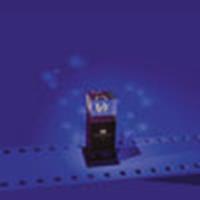 The nominees of the 2006 World Soundtrack Awards

were released yesterday and 'Magic Works' by Jarvis Cocker from the Harry Potter and the Goblet of Fire soundtrack has received a nomination in the "Best Original Song Written for Film" category.

The awards will be handed out during the Flanders International Film Festival in Ghent, Belgium, on October 14.

Thanks to Ron W for the news.