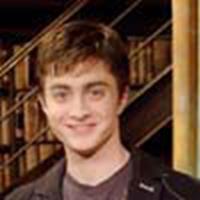 from the set of Harry Potter and the Order of the Phoenix, stars Dan Radcliffe and Katie Leung discuss their characters in this film and the kiss. Director David Yates mentions how he is making this film his own and how he became the director.

Katie on her character in this film:

..., Cho Chang actually has a wand in this one, which is great. In the last film Harry had a crush on her but she had a boyfriend so nothing happened. But after her boyfriend died in Goblet of Fire, her relationship with Harry developed in this one. Although, she's bitter through the whole film because she can't get over her boyfriend's death. And that kind of complicates their friendship with each other and it ends in disaster.

Dan discusses the filming of the kiss:

Obviously it sort of had it's beginnings in the fourth film. And this time I would say it comes to fruition. It was great, the kissing scene was great, it was good, and it was a lot of fun.

My God. It was fun; me and Katie - we were awkward and nervous at first but once we got it, it was fine.

David Yates on how he is making this film his own:

And in terms of the reality of magic it'll feel a bit more raw and edgier, darker and tougher than the others. In terms of my contribution, I'd say it would be to kind of grow the films up as the books are growing up.