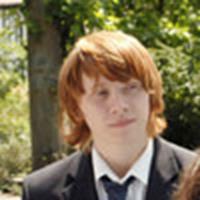 a PG-13 rating for its release in the U.S. in October. The movie, which is being released on September 4 in the UK, has been given a '15' rating.

Driving Lessons, which will be previewed at the Edinburgh International Film Festival next week, is also scheduled to air on British TV channel ITV later this autumn.

Rupert had this to say about playing Ben in Driving Lessons:

It's nice to do something different. I've been doing the Harry Potter films for quite a long time. They take two years each. This has no special effects, no blue screen - it's proper, real life. It's good to be someone different. Ben's a bit of a loner and a bit of a geek. And I got to do a bit of driving.

and will be available shortly. You can view teaser posters as well as some hi-res images here

and everyone else for all the news on the movie.