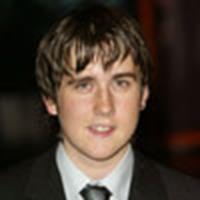 In a recent interview with Matthew Lewis (Neville Longbottom) from the Harry Potter movies, Matt shares some information from the upcoming Harry Potter and the Order of the Phoenix movie.

Matt describes Imelda Staunton's portrayal of Professor Umbrdige as "...the nastiest person you'll ever meet, on film." He also states that his character will have much more interaction with the main cast of characters (Harry, Ron and Hermione), discusses the differences in the screenwriters and describes some of his scenes from Goblet of Fire.