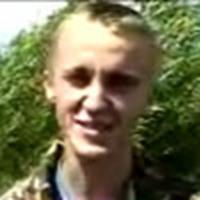 Tom Felton (Draco Malfoy) from the Harry Potter movies is in New York this week as the honorary co-host, along with his brother Chris, at the 2006 Junior World Carp Tournament

In an brief video interview

Tom talks about the tournament.

UPDATE: You can see some photos of Tom and his brother Chris at the event here

and everyone else who emailed.