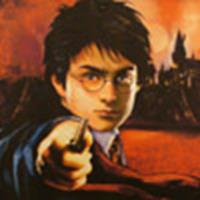 Details on 'Potter' video from Comic-Con

in San Diego featuring Harry Potter director David Yates and actor Daniel Radcliffe. The video was shown earlier today, in which Dan is about to discuss a 'big Potter' secret but David shows up to interrupt. They then go on to discuss Prof. Umbridge.

The video was really short, but had Daniel Radcliffe sitting in Trelawney's classroom, introducing David Yates. He acts like he's about to tell us a big Potter secret when Yates shows up and interrupts. They talked a tad about getting to see Umbridge (who Yates called a genetic splice between Doris Day and Freddy Kruger) and Hagrid's big giant brother."

We have also received additional information from Eric who says:

To elaborate on this report below that has already appeared elsewhere, the "big Potter secret that Dan was going to tell us was about "the kiss"! After David Yates "interruption" Dan starts to finish his story about the kiss and they both get called away. It was very short but funny. Hall H held a full 6,500 people. Each presentation was met with little enthusiasm and practically no questions, until Dan appeared on screen and everyone cheered and clapped. Short but sweet. They said that it was just too soon to show any movie clips.

If anyone else has information about the video, please drop us a line.

Also thanks to IGN

you can see a Dobby statue

that is currently on display at Comic-Con.

UPDATE: You can see a shot of the Order of the Phoenix poster

currently on show at Comic-Con courtesy of Rope of Silicon