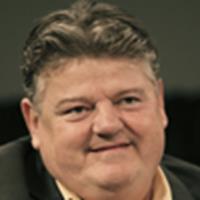 Robbie Coltrane, who portrays Hagrid in the Harry Potter movies, visited the U.S. earlier this week to promote his next venture. Coltrane was in the U.S. promoting Cracker: A New Terror at the 2006 Summer Television Critics Association Press Tour, took about 10 seconds to decide to recreate his role as Fitz, even though it had been a decade since the last Cracker movie.

The movie is scheduled to air in the U.S. on BBCAmerica

in October. You can view some pictures from the event here

with his scenes for Order of the Phoenix.

Thanks to Ricky for the tip.