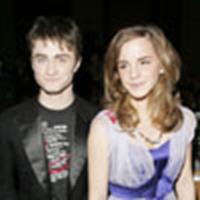 The nominations for the SyFy Genre Awards were announced

Both actors have also been nominated in the 'Best Young Actor' categories. The last movie, Harry Potter and the Goblet of Fire, has been added to the list in the 'Best Movie' category.

Voting will start on July 10 and you will be able to vote once-a-day for 30 days.

The SyFy Genre Awards are from the web site SyFy Portal and combine television and movies based in fantasy and sci-fiction.