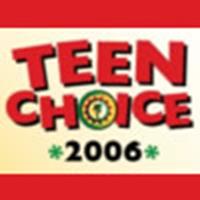 has given a nomination to the Harry Potter and the Goblet of Fire movie in the category of "Choice: Drama." The film is nominated alongside Flight Plan, Pride & Prejudice, Take the Lead, Goal!, and Walk the Line.

until August 11th for teens to submit their vote. The winners will be announced at the ceremony, which airs live on Fox on August 20th at 8pm ET/PT.

Thanks to Stephanie of RG.Net