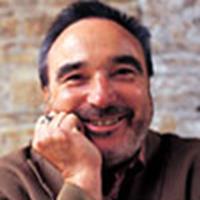 The man who discovered 'Potter' gives his reasons

Recently Barry Cunningham, the publisher of the Chicken House children's books and the founding publisher of Bloomsbury Children's Books in the UK was asked about what guided his decision-making in choosing the Harry Potter series and stated: "I choose books purely based on what I believe children will react to. If you carry the child within you, that's what works."

I didn't know that a dozen publishers had turned it down or that the author, J.K. Rowling, had become utterly discouraged. I think everybody else passed on it for all the wrong reasons: It was long, the title was unusual, and the story is pretty dark. Rowling needed someone to see what it was, a story of bravery and danger and adventure but with great humor - as opposed to what it wasn't, a traditional children's book.

Just scroll down to the end of the page

to read the rest of the article.