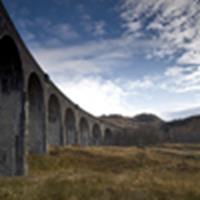 With primary filming of Harry Potter and the Order of the Phoenix suspended till mid-July, the second unit has been in Scotland filming

According to local, Donald MacLean:

Once Harry's double got the hang of it he was able to send the stones quite a long way.