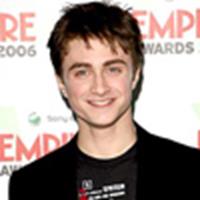 Below is what the magazine

Little Harry Potter is growing up quickly! Now 15, the actor best known for bringing the beloved wizard to life on the big screen, is hard at work on Harry Potter and the Order of the Phoenix. That movie, the fifth in the Harry Potter series, is due in theaters next July. But he's more than just a one-trick wizard; he recently filmed the '60s-era movie December Boys, which follows four orphans as they escape from their orphanage. Look for that to be released later this year.

for the news and I do know that they have seemed to incorrectly given Dan's age as 15, he will be 17 in July.