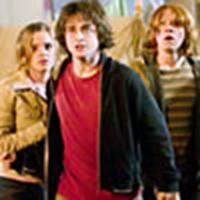 The nominations for the 2006 MTV

and Harry Potter and the Goblet of Fire was given three nominations, which viewers can vote on to decide the winner(s). Here are the categories and fellow nominees:

Click on the category titles above to cast your vote, no registration required. To vote in all of the movie award categories, visit this link

. Polls are open between now and May 19th. The winners will be announced during the show, which will be aired on Thursday, June 8th from the Sony Picture Studios.