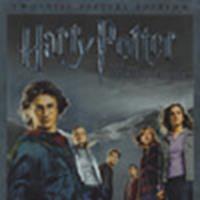 earlier this evening that approximately 5 million copies of Harry Potter and the Goblet of Fire were sold in North America on the first day. Business is expected to continue through the Spring making the film's franchise one of the best selling DVD franchises in history.

We knew fans really connected with this installment in the Harry Potter series, and that continued loyalty to the franchise has carried over to these phenomenal DVD sales figures.