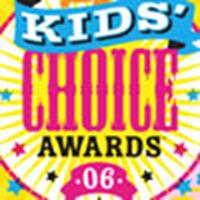 has given the Harry Potter book series and the Goblet of Fire film each a nomination in the respective categories of Favorite Book and Favorite Movie. The polls are now open

for voters to decide this year's winners.

Here are the categories with the list of fellow-nominees:

Favorite Movie
Are We There Yet?
Charlie and the Chocolate Factory
Harry Potter and the Goblet of Fire
Herbie: Full Loaded

The winners will be announced during the show's live airing on April 1st from UCLA’s Pauley Pavilion.

Thanks to Kristine for the tip!