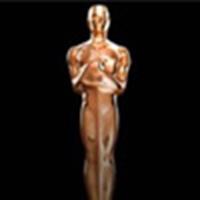 'Goblet of Fire' fails to win an Oscar this year

at tonight’s ceremony in Los Angeles. The winner in the Achievement in Art Direction category was Memoirs of a Geisha.

Goblet was up against Good Night, and Good Luck, King Kong, Memoirs of a Geisha and Pride & Prejudice.

won an Oscar for Best Animated Feature Film of the Year. Congratulations to both.

On the plus side the movie did win an award

. Thanks to Wizard News