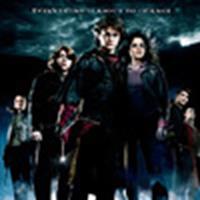 With the awards season soon coming to an end Empire magazine has announced the nominees for their Sony Ericsson Empire Awards, and Harry Potter and the Goblet of Fire has received nods in the new category 'Best Sci-fi/Fantasy' and in the 'Best British Movie' category.

Goblet will be up against the following in the Best Sci-fi/Fantasy category:

The Chronicles Of Narnia: The Lion, The Witch And The Wardrobe
King Kong
Serenity
Star Wars Episode III: Revenge Of The Sith

In the Best British Movie category Goblet will have to beat:

The Descent
The Hitchhiker's Guide To The Galaxy
Pride & Prejudice
Stoned
Wallace & Gromit: The Curse Of The Were-Rabbit

The winners will be announced on March 13th in the UK and thanks to everyone for the emails.