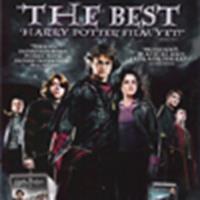 Two new reviews of the Harry Potter and the Goblet of Fire DVD have surfaced. The first from Empire gives the DVD four out of fives stars, the second from the web site Rope of Silcon says "Goblet of Fire is more fun to watch than Prisoner of Azkaban."

FEATURETTES: Almost two hours of interview-heavy "making of" material, structured around the Triwizard set-pieces and the appearance of Voldemort.
GAMES: Clunky, remote-control-based challenges. Ignore.
PLUS: Additional scenes, Conversations With The Cast (30 minutes) with the three leads, trailer, DVD-ROM access.

. You can also view a scan

of a DVD ad from Entertainment Weekly, courtesy of DR.co.uk.

from Rope of Silcon:

On a whole, the Harry Potter and the Goblet of Fire special edition DVD is another home run. Even though I don't enjoy the DVD-ROM extras I am sure enough of you out there will. Besides that, the making-of featurettes are great and the movie is fantastic, which is the real reason you are even picking this title up.

So take solace in knowing that Warner Bros. has once again given the Potter franchise a DVD worth owning.