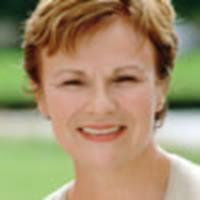 -- a film which star Rupert Grint

, as we previously reported.

Julie Walters attended the event and participated in a 40-minute interview session. In the interview she mentions her Harry Potter costume and co-star Daniel Radcliffe

, as well as being left out of Goblet of Fire.

A fan report with photos from the event are now online, at this link -- along with a teaser review of Driving Lessons mentioning a certain red-head having his first on-screen kiss.