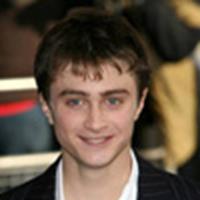 In the company of Ewan McGregor and Helen Mirren, Daniel Radcliffe will appear

on The South Bank Show Awards taking place this Friday, January 27th at London's Savoy Hotel. The awards "recognises work which contributes to the development and promotion of ethnic diversity in the arts" in the areas of Theatre, Film, Dance, Classical Music, Pop Music, Opera, Literature, Comedy, Visual Arts and TV Drama.

, the winner of which was decided upon by readers of The Times.

The show is scheduled to be broadcast in the UK

this Sunday evening, January 29th on ITV. Thanks to Alex for the tip!

UPDATE: You can see some pictures of Daniel at the event here

. There are also some pictures from Getty Images, which you can see here

UDPATE II: You can see the same pictures in hi-res here

UPDATE III: You can view the video of Dan (with a glimpse of Alan Rickman, a.k.a. Professor Snape, and Jarvis Cocker, the lyricist for the Goblet of Fire movie soundtrack) as well as screen caps of the event here