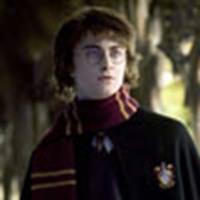 Some new images from 'GoF'

Even though it has been a few months since the release of Harry Potter and the Goblet of Fire some new images from the movie have appeared online. The new images contain some promotional shots of Krum, Hermione, Harry and Rupert. Also included are pictures of some deleted scenes of Cedric and Cho, Harry and Draco as well as some candid shots of Emma Watson.

Pictures from a LJ community can be seen here

. The images are of characters as well as some from deleted scenes from the movie.

Promotional images of the champions, Draco & Cho from a new poster book can be seen here

Some candid shots of Emma & her double can be seen here

And last but not least, a promotional shot of Ginny, Hermione, Ron & Harry at the QWC can be seen here

for the new images.

UPDATE: You can see additional pictures at Snitchseeker

courtesy of Tao from ICM