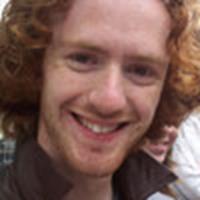 Actor Chris Rankin will reprise his role as Percy Weasley in Harry Potter and the Order of the Phoenix, he confirmed to us today.

Portraying one of Ron Weasley's older brothers, Rankin has been in three of the four Potter films to date, and it was previously rumored he would return.

His character's part and subplot in Goblet of Fire was cut, and it's not yet known how much screen time he'll have in the fifth movie, to be released in 2007.