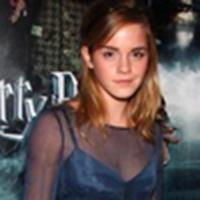 Recently Harry Potter actress Emma Watson sat down with Belgian magazine Humo and discussed the Potter movies, working with the different directors, life off the set, her music tastes and admits that she wants to continue acting.

On having a new director for each film & what she does off the set:

Humo: The Harry Potter films rely mostly on special effects. Does it actually matter who directs the film?

Emma: Yes it does, because each director has his own kind of style. Mike Newell was the first British director and you can feel that: he knows the boarding school ambience and has a very dry sense of humor. He also gave a lot of his attention to us, the actors. He always said: ‘In this film we get to see magical owls, snakes and dragons, en we're working with a huge budget and a lot of special effects, but all that means nothing if you aren't convincing.' The result was that he spent a lot of time with us and talked a lot to us. And that was new. But I don't think that one way of working is better than the other, there's just a difference.

Humo: What do you do actually, when you're not on set?

Emma: I go to school (laughs). I experience the filming in a whole other way than the adult actors. They're probably often bored to death, because on a film set you sometimes have to wait a very long time before you can actually shoot a scene. But that doesn't affect me: as soon as I'm ready with my scene, they take me from the set and drive me to school. By the way, I'm only allowed by the law to work a limited amount of hours a day.

Thanks to Jo from E-W.net for the tip. You can view the scans & translation

of the article on her site.