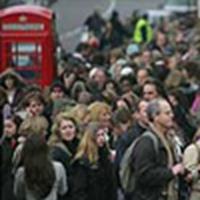 in London, thousands of teenage girls braved the cold weather chasing their dreams of appearing in the next Harry Potter movie.

to the BBC the first in line was 15 year-old Kim Allen, from Andover, Hampshire, who commented:

There are three of us and we slept outside although we didn't sleep very well. I've done drama lessons but that's about it but I have loved acting ever since I was younger and I'm mad about Harry Potter. If I got this, it would be a step for me towards being in more films and I desperately want the part.

Filming of Harry Potter and the Order of the Phoenix is scheduled to start in February. Good luck to all who attended.

a report on the turnout as well as interviews & pictures. You can also read about one's girls audition experience