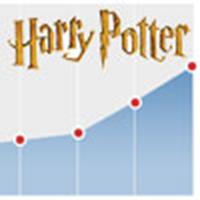 After six weeks in U.S. movie theaters Harry Potter and the Goblet of Fire has overtaken

Over the holiday weekend Goblet of Fire made

$5.72 million and is currently at the number 10 spot. Overseas the movie has garnered

$497 million for a total global box-office take of $759.4 million, just $30 million behind Prisoner of Azkaban.

Thanks to Shannon for the reminder of my weekly updates.

UPDATE: Actual weekend figures have been given and Goblet of Fire took in $6.4 million over the holiday weekend and is currently ranked at number 9.