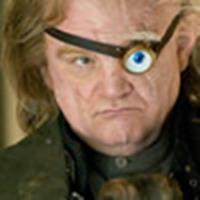 received a London Film Critics Award nomination for his portrayal of Alastor "Mad-Eye" Moody in the Harry Potter and the Goblet of Fire movie. According to Movie City News

, Mr. Gleeson will contend against the following under the category:

(You-Know-Who), also received a nomination for his portrayal of Justin Quayle in The Constant Gardener.

The awards are set to take place on February 8, 2006. Congratulations to both actors on their nominations.