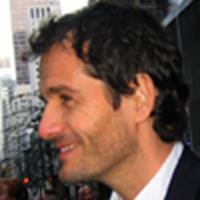 With publicity dying down for Harry Potter and the Goblet of Fire, TV Guide has an interview with producer David Heyman. In the interview David talks about the movie as well as his new television series, Threshold

TVGuide.com: Have you any decisions been made regarding things that need to get cut from that installment?

Heyman: Ultimately, it's Harry's story, so that's where the focus lies. All the films are borne out of that.

TVGuide.com: Will it be hard to say goodbye to the Potter movies after the last one is done?

Heyman: I think it will be sad. Working on Harry is like being with family, and the family doesn't get much better than this. Everything about working with Warner Brothers, these great directors, these amazing actors and this material that Jo has given us, to have each book be so different.... Of course there'll be sadness.

Thanks to Isabella for the tip.