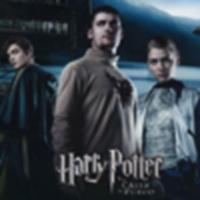 Two new posters for Harry Potter y El Cáliz de Fuego (Goblet of Fire) have emerged, with slight variations of the previously released international versions. Here they are, as sent in by Warner Brothers:

Poster of the Trio: Harry, Hermione and Ron

Poster of the Champions: Viktor, Cedric and Fleur

Additionally, the Mexican premiere for the fourth Harry Potter movie is also set to take place on Saturday, November 12 at the Cinepolis Perisur Cinema in Mexico D.F., as invitations and passes where recently sent out.