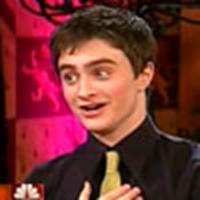 The U.S. premiere of Harry Potter and the Goblet of Fire is just days away and Dan Radcliffe is in town to attend. This morning he appears on 3 TV shows: The Today Show

and last but not least The Insider

His first appearance was on The Today Show & showed Dan being interviewed by Katie Couric & three young guests where he answered questions about the movie.

UPDATE on cast appearances: Emma Watson is scheduled to appear on Live with Regis & Kelly on Tuesday, Nov. 15th - thanks to everyone for letting us know.