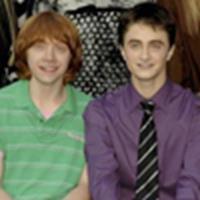 on November 11th while in New York for the premiere of Harry Potter and the Goblet of Fire. We can now report that Rupert Grint will be joining him

Make sure to check your local listings for the actual time the show is airing in your area. Thanks to everyone who let us know.