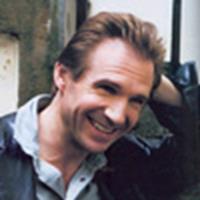 on Harry Potter and the Goblet of Fire. The article has quotes about the movie from Daniel Radcliffe, Mike Newell, David Heyman and Emma Watson and a short interview with Ralph Fiennes.

Dan on Goblet of Fire:

I know we say every film that comes out gets darker, but it’s true. It is a lot darker, a lot scarier. That’s shown by the fact it has a PG-13 rating in America.

Newell on it being a thriller:

This is very different, a great story to tell. It’s a sort of classic thriller where the hero finds himself at the center of the bad man’s machinations. However, you can’t jut give them story, you have to give them decoration as well. While there is this iron bar that runs through the middle of it that is the thriller, you have to be careful to hang on baskets of girls, baskets of flowers, baskets of sweeties and baskets of funny stuff.

Newell on the acting workshops the actors took:

I have got to make a complete new start here. They are going to have to do stuff they haven’t done before and one of those things is really bloody act. We couldn’t rely on them being cute.

This is a double cover issue, one with Harry Potter, the other from The Chronicles of Narnia. You also get a free Goblet of Fire poster with this issue

Thanks to Bonnie for the scans.