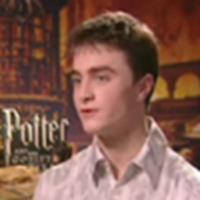 New footage from 'GoF' on MTV.com

. The new footage shows Harry and Hagrid watching the dragons for the first task. There is also an interview with Daniel Radcliffe in which he describes a free-fall stunt.

in Windows Media format (remember to right-click & save). Thanks to Jas from DanRadcliffeOnline.com