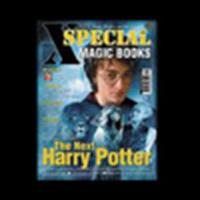 The current issue of Xpose magazine has a 16-page feature

Rupert tidbit on Goblet of Fire:

Ron has a hard time at the beginning finding a partner. He has some really embarrassing experiences and he falls out with Harry. He's just a bit jealous of Harry and he gets a bit jealous of her [Hermione's] partner, because I think he sort of likes Hermione. He's a bit more moody, more like a real teenager. He has a lot of fight which is something Ron's never really dont and that was quite fun actually.

I think they [movies] get a bit more complicated as they on. I mean this is a new thing for me being moody. The shoot's a lot longer as well.

UPDATE: It would seem that Snitch Seeker has crashed, but you can see the scans of the article here