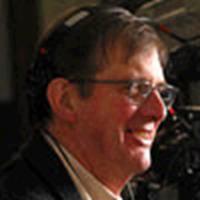 According to Mike Newell, director of Harry Potter and the Goblet of Fire, Ralph Fiennes was cast

as Voldemort because he has the ability to play the character as a realistic and frightening villain and not as a simple caricature.

You have to have the actor to do it. And Ralph was the actor to do it, because Ralph doesn't chew the scenery, and he isn't a sort of 19th-century melodrama figure. He's absolutely real and cold and chilling and absolutely dedicated to doing bad. And as soon as you have that, you can do it.

Newell and Fiennes had to ask some simply questions about Voldemort's motivation:

Newell also gives his reasoning as to why he hasn’t yet read Half-Blood Prince.