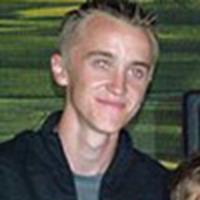 We reported last week that Harry Potter actor Tom Felton would be attending this year's Junior Carp Tournament on the St. Lawrence River. The official site has now been updated

to include pictures of Tom and his brother Chris, who helped with co-hosting the event.

There is also a video interview with Tom and in the second part of the interview he discusses Goblet of Fire and when asked if he will continue in the role of Draco Malfoy he said:

You can see the pictures here

and the video interviews here