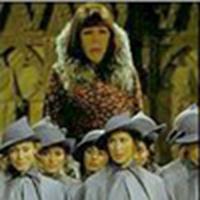 , Mme. Maxime in Harry Potter and the Goblet of Fire recently spoke about the movie while on the set of The History Boys in England.

her romance, the difficulty working with green screen, her hopes of returning to the series and the difference working on a big budget movie.

She's a French giantess - or half giantess, so of course when she meets Hagrid, they are both half giants, so there's a frisson. There's a lot of romance (in the film). They fall in love, and then, it's really lovely. Hagrid is... again you see a tenderness in him... it's lovely, really lovely to do.